skip to main | skip to sidebar

Heavenly Bodies: The Joy of Being a Rock Star! 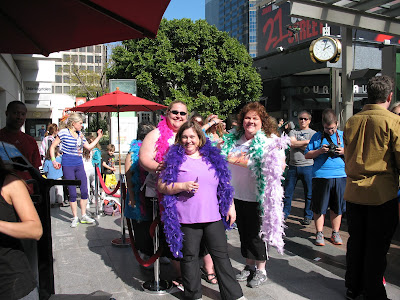 This past weekend, I did my new "Divaluscious" workout (honoring the academy awards) at the Operation Fitness Expo at the Century City Mall near Beverly Hills, CA.  I was so very lucky and honored to have some very, very special women with me from NAAFA-LA including Coral, Julianne, Anita and Terry.  We all donned our feather boas, big blingy sparkly rings and strutted on to the stage.  We boogied down to some great size-positive tunes and rocked the crowd of several hundred people that were hanging about.  Perhaps the best part is for minutes after we finished, brightly colored feathers continued to swirl about in the breeze like a super-awesome technicolor snow.  Yup, we were so powerful we changed the WEATHER.  That's just the way we roll.  The event producer called the next day to say how much he loved watching us.  "You guys were ROCK STARS!" he exclaimed.

I have to admit, being referred to as a "Rock Star" feels pretty darn good.  I mean compared to all of the other things I've been called in the past few weeks, rock star is one that I'll take.  But it struck me what an amazing contrast this posed to the recently released (and subsequently unreleased, soon to be re-released) Habit Heroes exhibit at Disney's Epcot Center in Florida.  This exhibit was designed to help kids learn healthy habits by highlighting healthy heroes like "Will Power" and "Callie Stenics".  Unfortunately they also highlight some bad guys like, "Sweet Tooth" and "Lead Bottom" and "The Snacker" (pictures below) who look an awful lot like terrible caricatures of fat people in our country.  Amidst the epic poo storm of controversy over the potential for this exhibit to shame and harm children of all sizes, Disney has closed the exhibit and the accompanying website for "retooling".  (Which is Disney speak for rethinking the exhibit while the studio marketing folks retool their resumes). 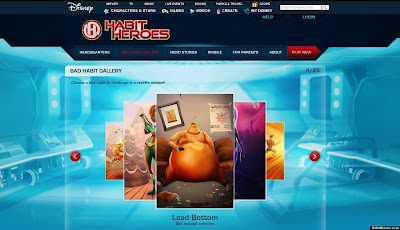 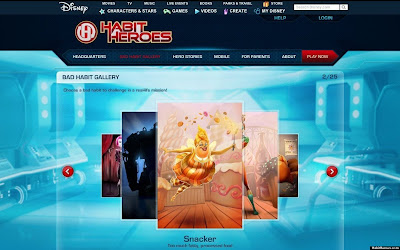 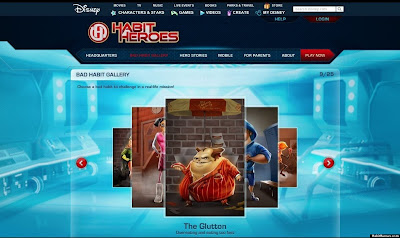 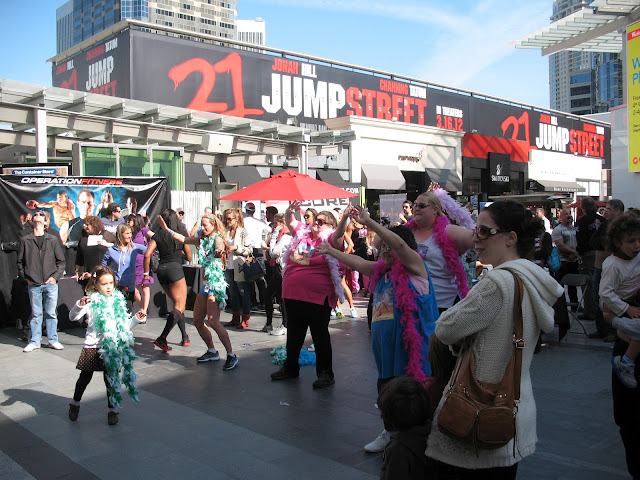 This picture shows the NAAFA-LA girls strutting their stuff in all their boaed and bejeweled glory right along with some thin people.  Up front and center, you've got a little kid dancing along.  And what message is this kid learning?  That fat people are sad and should stay home and hide until they get skinny?  That fat people never exercise?  That fat people and thin people are different species from one another?  Nope!  She's learning that people of all sizes have the right and the ability to get out and shake their stuff!

This is why we women of ALL sizes need to let our inner rock stars shine through.  Not just because it feels awesome.  (And it CAN feel awesome!)  But because it gives kids of all sizes some REAL healthy heroes to admire and emulate.

So my dear chicklettes, I implore you.  Get yourself some bling, some righteous tunes, and go shake it like the rock star you are!

The Fat Chick
Hi, my name is Jeanette and I'm The Fat Chick. Not just any chick mind you, THE Fat Chick. I am a fat and healthy exercise instructor and Hollywood producer. Believe me, if I can learn to love my looks and my body in THIS town, I can do it anywhere. And YOU can too!